We left early to make our way to Split, Croatia. We took the coastal road to experience the coastline and the many beautiful coastal villages. It was the long drive but it was a sunny day and the Adriatic Sea was beautiful.

Within the first half hour we entered Bosnia – Herzegovina. We made a quick rest stop, not that we needed it as much as to take photos and add another country to our list. There was also a bus of Spaniards at the stop making a pilgrimage to Medjugorje. B-H has only a small portion of the coastline and we were driving out of it about as quickly as we drove in, although it added two more border stops to the day. The reason why B-H has this portion of coast is that in the 14th century the Republic of Dubrovnik gifted it to the Muslims to be a buffer state between them and the Venetians. When Yugoslavia was broken up they were required to respect historical borders.

Back in Croatia we paused for another stop with a view before stopping in Makarska for lunch. Makarska has a beautiful harbor. We enjoyed a light lunch of calamari before taking a walk in the old town. It was hot and we were happy to get to the air conditioning on the bus.

We continued along the coastline enjoying its beauty.

The main reason we are in Split is to see Diocletian’s Palace. Diocletian was the last pagan emperor of the Roman Empire (succeeding emperors were Christians). He built the palace in 305 AD as his retirement palace on the Adriatic. The complex covered 323,000 square feet. We were able to view the foundation substructure which supports the town these 1700 years later, a witness to Roman engineering. After the collapse of the Empire the area was transformed into a medieval village and the palace was divided into dwellings and public spaces. Diocletian was the last great persecutor of the Church, even putting to death his wife and daughter when they converted to Christianity, but his mausoleum is now a cathedral and his temple to the god Jupiter is now a baptistery. Today the palace is the “old town” and parts of its architecture is integrated into the medieval and modern structures. UNESCO had named this a “living museum” as life continues within the historic palace walls.

Tomorrow we will see Plivice Park. 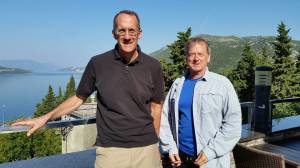 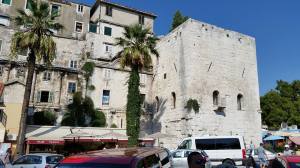 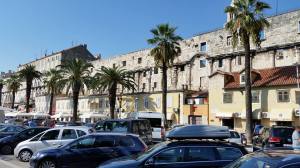 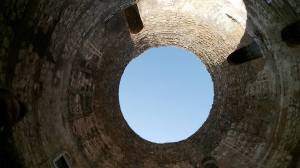 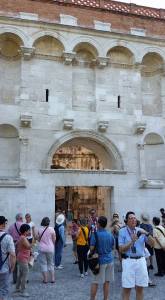 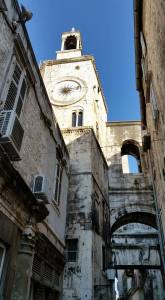